by: Claudia Danzerin: About us, Educationon March 8, 2017

To be successful in managing/leading a family or a team, a very important thing is to be able to talk things out properly – problems, wishes or simply emotions. So here I go, and share some of the situations from home which allow me to develop stronger communication skills.

Possible ways to react would be:

I tried patiently to nail down the why without getting angry and grumpy as well. In the end I didn’t get down to the reason,  I think not even she herself knew why she was upset.
This very evening we had a feedback meeting with her teachers where I learned that my daughter was working on a very difficult task. Without asking for help, she had worked on it intensely for a very long time. Obviously, this brain work needed a lot of energy, resulting in hunger and tiredness.

Situation 2: debates
Once I heard terrible debating from the play room. I separated the two fighters and consulted both parties what the debate was about. While my son was mad because his zoo was about to be destroyed, my daughter was missing her favorite animal: the baby giraffe (unfortunately part of the zoo scenery).

Again, there are different ways to react:

The kids worked out a compromise and agreed that my daughter could play with the giraffe in the zoo.

Situation 3: hands-on fights
The worst case – which hopefully never occurs at work – are hands-on battles. Fighting. When all participants feel victimized, and the situation ends up in physical action, it is very hard for me to stay calm and neutral.

There are different possible ways to react:

To keep harmony at home is a difficult task and very time consuming: settle disputes, explain who meant what in which way, and provide possible ways to solve interpersonal conflicts. This does not only need high attention for what is happening around me, but I also have to communicate to different developmental stages due to age difference – to translate, so to say.

Messages to transfer to the work setting for improved communication skills:

The working climate has a great impact on performance – be it at work or at home. So let’s try to understand each other. 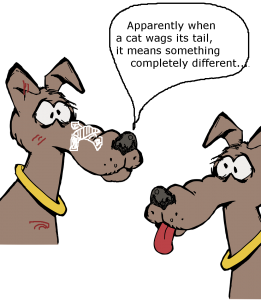 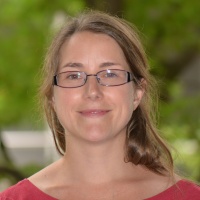 Claudia was the Lab Manager of The Interface Group from August 2016 to July 2018. She optimized lab workflows and made sure that everything ran smoothly. Additionally, she was involved in several research projects in the group.