A clique, group, or cult that we all follow

However advanced we may become scientifically, there are some regular events that keep on happening in life. There is no logical explanation behind those events and ironically we often do not even try to put logic to such events. As far back as I can go in my childhood, I recall that many kids had a special set of friends, resulting in the formation of groups.

Over years the characteristics of one group or the other kept on changing like an endless river. After studying and working globally I was amazed to observe that such a process existed everywhere – at least in those coordinates of planet earth that I had been to.

Whoever is reading this would probably agree with me, and wonder at the same time what I am trying to say or what I am insinuating. A question that has tormented me, on related arguments, is what those factors are that include or exclude a human consciousness from one group or the other, gives it a feeling of belonging to a specific one, and if it is the manifestation of these factors that govern our lives. If these are the invisible forces that result in the formation of a government, make people fall in love, or make them fall apart.

In the absence of any usable data, but to nevertheless analyze such unexplained processes, I view human consciousness as point objects falling from an unknown source. These fictitious points collide in search of the unknown and ultimately seem to fall in a group to where they belong – reminiscent of equilibrium. While some of the characteristics are inherent, most are acquired in the process of collision that leads to one state of equilibrium or the other. A further thought and belief in the above assertion may reveal that this endless human quest of arriving at equilibrium – after a series of collisions and movement – can be described by the Boltzmann equation, and the equilibrium may be viewed as a form of inherent human desire called fulfillment.

Clique or cult might be too strong words to describe this process and would refer to the point objects that exhibit incapability in moving to, or coordinating with another equilibrium. These do not follow a religious cult but they follow –whatever they follow – religiously. Whether those at the center of the equilibrium are good or bad would depend entirely on the point of view of the observer. People who converge towards a destructive leadership are in a clique because of a stereotype based on race or religion would perhaps be bad, while those voicing against crime and disgust would certainly be good. The question is how to steer ourselves to fulfillment – presuming that such a state exists, and that we have control on where we would eventually converge.

If we ever establish the factors that lead to convergence, a natural question that would then surface is that what causes divergence? How best friends become enemies, atheists become fanatics, and true lovers start drifting apart for factors no one is to be blamed of. What I know for sure is that the Boltzmann equation is not responsible for this, since when a system that obeys the Boltzmann equation is perturbed, it will eventually return to equilibrium rather than diverge. I am not optimistic that we will arrive at a rational explanation behind this in years to come. Such an analysis, however, tells me that most of the prejudice, stereotypes and “following” are acquired attributes, and fills me with hope that it might not be too late to better ourselves. 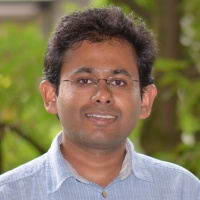