A name for my project.

The first research project I ever worked on was named VA-270. As opposed to VA-279. I still remember it. I think nobody else does. Lucky enough it was never confused with VA-271 or VA-269, because those did not exist.

Seriously: You have an idea about a project (or a product, if you happen to work in industry) and you want to present it to your boss. You want to talk about it and you don’t want to talk about “the thing with the oxygen, you know…”. Most likely the initial name will stick for a while. If it will flourish, it will receive an official name or number (like VA-270), but if the initial name is good, it will stick. If it ends up being a product, the marketing people will scratch their heads about the naming. If your initial name is very good, it might stick even then. That is why it makes sense to give it some thought.

Ok, it is “The Oxygen Project” now. Better. But it is not the only oxygen project in the world, unfortunately. Call it Oscar? (O like in Oscar in the international spelling table). Not bad. Your boss’s name is not Oscar, by any chance, is it? The O in Oscar gives a full, carrying sound. Two syllables is good for saying it. It can be even lip-read.

Anyway, don’t procrastinate naming for too long. Once the project flies and your colleagues talk about it, it will be “the oxygen thing, you know…”, or it will be “Project Oscar”. Oscar? Isn’t he the guy who designed the elegant project about oxygen consumption? Isn’t he due for a pay raise?

PS: Make sure the name does not have a hidden four letter word meaning in some language. The international lists of registered trade marks might be worth checking too. 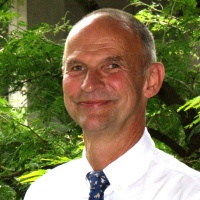 is a Senior Scientist in The Interface Group with long standing experience in medical device development. His main research interest is the biomechanics of the central nervous system, particularly in Normal Pressure Hydrocephalus.