Science and art: how diverse and unique

Science and art are classically branded with opposing characteristics: science is objective, supports understanding the nature and answers long-standing questions, while art is subjective, elicits new thoughts instead of responding to established inquiries, and in fact, is used as a self-expression tool. The question is whether this classical branding represents science and art truthfully. As a matter of fact, some advocate a complementary role of art for science and technology, all three together building a golden triangle as primary drivers of society in the modern ages.

In the early times, science and art had been evolving hand in hand, and elites were mostly polymaths with their expertise comprising both science and art. Leonardo da Vinci’s fame is due to his vast area of expertise and interest spanning from painting, sculpting and architecture to astronomy, engineering and mathematics. While Leonardo is seen by many as one of the greatest painters of all time, he is also sometimes credited with foreseeing or ‘inventing’ the parachute, the helicopter and the tank. Moving from the west to the east, one may recall similar polymaths from medieval years of the Islamic era. Born in Nishapur, the Persian mathematician, philosopher and poet Omar Khayyam is known as one of the most influential scientists in the Middle Ages. Translation of his works by western scholars such as Edward FitzGerald spread Khayyam’s legacy around the globe.

This synergy between science and arts is sometimes observed in contemporary Nobel Prize winners. It is interesting that they are seventeen times more likely than the average scientist to be a painter, twelve times as likely to be a poet, and four times more likely to be a musician. There are several models in which artists took a notable measure to advance science and technology. Camouflage for soldiers in the United States armed forces was invented by American painter Abbot Thayer. Japanese origami inspired medical stents and improvements to vehicle airbag technology. At the interface of science and art, one can point to scientific illustrators who help lay people obtain a better insight into complex research topics. Ikumi Kayama, a scientific illustrator, shares her personal experience here.

In examinations of brain activity with functional Magnetic Resonance Imaging, the same cerebral regions light up as a sign of activity when subjects are engaged in activities ranging from listening to music, viewing a painting and writing poetry to constructing a mathematical proof and discovering scientific principles. Several studies report correlation between training in the arts with improvements in math and reading scores, while others show that arts facilitate cognition and attention.

All in a nutshell, “science and art are not different sides of the same coin, not even different parts of the same continuum, rather different avatars of human creativity”, Mae Jemison states. Mae, as an astronaut and art collector, distinguishes science and art in the sense that science provides an understanding of a universal experience, and art provides a universal understanding of a personal experience. However, she calls them both as manifestations of the same entity, human creativity. This view mandates that educators teach both the arts and sciences, both intuition and logic, as one — to create bold thinkers for the future. 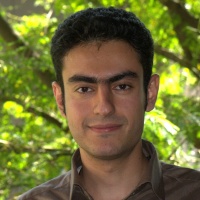 joined The Interface Group in September 2013 as a PhD student with mechanical engineering training in his background, aiming to shed light on water and solute dynamics in the brain with the help of mathematical models. In February 2017, he finished his doctoral studies and started work as a post-doctoral fellow at the research and development center of Philip Morris International based in Neuchâtel, Switzerland. There he continued on computational biofluidics with his new research focus on respiratory tract deposition modeling and aerosol dynamics.