When your experiments went wrong again, when you just spent another weekend trying to guess what the experimental protocol should be, and, especially if you feel like you’re losing control, talk to a pigeon!

The natural resilience of the domestic pigeon, descendent from the rock pigeon, has allowed them to take over niches all over the planet. They never get lost in life thanks to their navigational abilities, even if it’s not understood to this day whether they rely on infrasound, geomagnetism, olfactory clues, local variations in the earth’s gravitational field, or some combination of all of these. Pigeons know no defeat or disappointment, or if they do, they overcome it in the blink of an eye.

Darwin appreciated this. He once travelled to a market in London and bought two pairs of pigeons, carefully picking out dissimilar breeds, as he wished to compare their skeletons to provide evidence that selection could bring about changes in species. Once he had brought them home, however, he became so attached to them, and enchanted with their individual characters, and the way they appeared to communicate with him, that when the time came he could not bring himself to kill them. And still Darwin’s theory of evolution became the most important overarching theory in all of biology – no pigeons were hurt in the making of this theory!

Pigeons are legendary for their visual memory, allowing them to perform visually guided tasks in lab experiments better than primates. Their memory is generally excellent, so don’t upset a pigeon, it will never forget you throughout its relatively long life. A pigeon will live up to around ten times longer than a rodent with a similar body weight, despite having a faster metabolism and a higher body temperature. To describe the pigeons in the city streets as flying rats is clearly a disgrace!

If you’re unfortunate enough not to be able to do research on pigeons, and therefore have no excuse to keep them in the laboratory, they make great pets at home. You can enjoy being woken every morning not by the shrill tones of an alarm clock, but by a purring love song. But pigeons are not suitable for those who occasionally like to have a long lie-in – they will show no patience and will try to rouse you from the bed in any way they can.

If you live with a pigeon, you will get to appreciate them and their cheerful communication. So if you’re feeling down, talk to a pigeon, and it will purr appreciatively back to you.

Figure: Pigeons love cleanliness and enjoy weekly bath after about a month of age 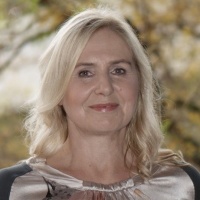 Studied cellular mechanisms of mechanosensing in the CNS as senior scientist in the Interface Group.

Neat post! That birds are smart was recently covered at On Point on NPR: http://onpoint.wbur.org/2016/04/12/bird-brains-science-avian